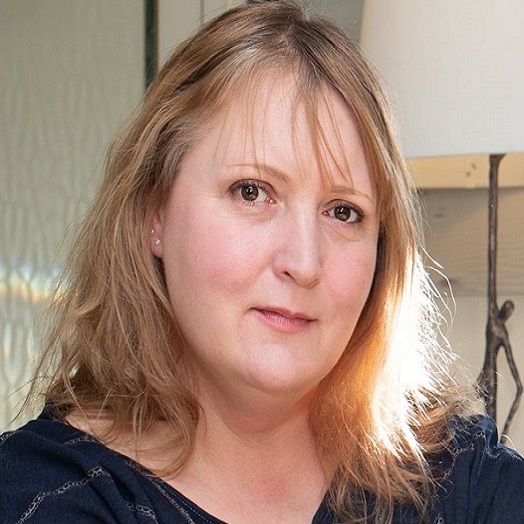 Olivia is a patient, former nurse and Patient and Public Involvement Lead at the Asthma UK Centre for Applied Research.

Since 2012, Barbara has written a blog about her life with MS, her son, who she refers to as The Teenager who is now at University, and anything else that randomly popped into her mind. She recently completed an MA in Creative Writing at Cardiff Metropolitan University and has decided to put herself through the trauma and sleepless nights once more, this time embarking upon a PhD in the same subject.

In her spare time, she can often be found bingeing on Netflix box-sets, hanging around cafes ‘for inspiration’ and soya lattes and meeting up with friends who have supported her from the very beginning. Oh, and she likes expensive candles and gift shops in museums.

A brief history with the condition

I began experiencing symptoms of MS in 2011 and was diagnosed in 2012. My MS began suddenly, with no warning, so my entire life was turned upside-down. Not only did I lose my partner, I also lost my job. I was dismissed for being a ‘liability’, so as well as coming to terms with MS, I was having to fight a tribunal for unfair dismissal.

I won the case and since then, I have become a passionate campaigner for disability rights, particularly in relation to MS. In 2017, I was a finalist for the MS Society’s Campaigner of the Year.

My symptoms can often hold me back – the fatigue, foot-drop, balance issues and walking problems, but when I am well enough, I keep trucking on. It is never far from my mind that my father died in 1978, aged 35, of MS complications. I am so fortunate to have accessed treatments and support that simply were not available back then.

In Spring 2016, I was asked to be the MS advisor for the short MS film, ‘Spoon Fed’, starring Lesley Sharp (Scott and Bailey, The Full Monty) and Joseph Mawle (Game of Thrones), and I also had a walk on part, as did my book.

I have also recently become an #IAmEmbolden Ambassador for Disability Wales, focusing on encouraging more deaf and disabled women and girls in Wales in to further education.

As well as taking part in academic research for several organisations as a patient representative, I write for numerous websites and companies and I have been interviewed by BBC Wales and BBC Radio Wales on the topic of disability. I have also been profiled in many newspapers, most notably campaigning against taxi drivers who refuse to take short fares and the inhumane Personal Independence Payment system.